Since starting out, Zona Franca has offered companies a production location with competitive conditions and a long list of high-quality services, comprising the industrial park, our business parks and urban buildings. While the main focus of our business is the management and administration of Industrial Park assets in the Zona Franca and Zona Franca Aduanera (Customs Free Zone), our business model extends to a wide range of activities:

Basic activity of the Zona Franca

Business venues outside the basic area of operation

For companies, the highlights of our services are the proper implementation of security procedures in the communal areas that we manage. Our leadership on self-protection, security, cybersecurity and our ongoing collaboration with State forces and agencies secures us one of the most competitive positions in the country. In 2019, the Zona Franca’s security department participated in programmes with Spain’s National Police, Guardia Civil, Mossos d’Esquadra (Catalonia police) and the Catalonia Regional Government’s Ministry of the Interior:

In addition, we have made significant investments to ensure that our Security Centre works 24/7:

In this area, one of the biggest investments in 2019 was the Project ZF 2020: an intelligent advance warning system for vehicles in the access routes and perimeter of the Zona Franca, to be coordinated with the security forces and organisations.

We are the first to offer a public cardiac protection service, in which we installed more defibrillators in 2019 and have offered more training in basic first aid.

Since 2019, all spaces and vehicles managed by the Zona Franca offer cardiac protection

We boost the economy of the metropolitan area while enhancing the international profile of Barcelona, Catalonia and Spain within the logistics, property, trade fair and business sectors.

The study “Economic impact of the activity of the Free Zone Consortium in Barcelona”, prepared by Deloitte using data from 2018, demonstrates the organisation’s value as a strategic asset for Barcelona and a genuine economic driver for Catalonia.

Companies located in the basic area of activity

The activity of the Zona Franca and of the companies located in its main area of operation contribute to a total of 137.322 jobs.

2.684 million Euros in tax returns in Catalonia. Every Euro spent in the Zona Franca generates tax revenue of 0.31 Euros.

Companies with the biggest economic impact:

Chemical industry: 20% of the total expenditure by companies
Principally due to the activity of BASF and Quimidroga

Logistics: 4% of the total expenditure by companies
Principally due to the activity of Schenker Logistics

Zona Franca industrial park, a place that gains and contributes to gaining value

With 145 companies, many of which are multinationals, the Industrial Park of the Zona Franca is one of Spain’s largest industrial areas and one of the foremost geostrategic elements for Barcelona and Catalonia.

Our commercial dynamism, the flexibility of rental conditions and the renovation of spaces marked 2019 as a year in which the attraction of the Free Zone multiplied.

The Barcelona Zona Franca Aduanera (Customs Free Zone) plays a strategic and key role in the Zona Franca’s historic business. Its magnificent location next to the port, airport, goods rail station and road network gives the ZFA an advantageous position in terms of logistics.

The Zona Franca Aduanera is a member of the World Free Zones Organization (WFZO) and the Association of Free Zones of the Americas (AZFA), among others.

In 2019, we looked into extending its main site to house advanced economic activities that could make the manufacturing sectors that operate there become more modern. These companies would benefit from its special framework: exemption from import duties, domestic taxes and trade policy measures.

The Zona Franca has been leading the modernisation of a large number of industrial areas in Catalonia, particularly in the metropolitan area of Barcelona. In total, there are more than 9,700,000 m2 of industrial premises in various phases of development.
Purchasing land, transforming it and then making it available for sale is another value-generating activity for us. 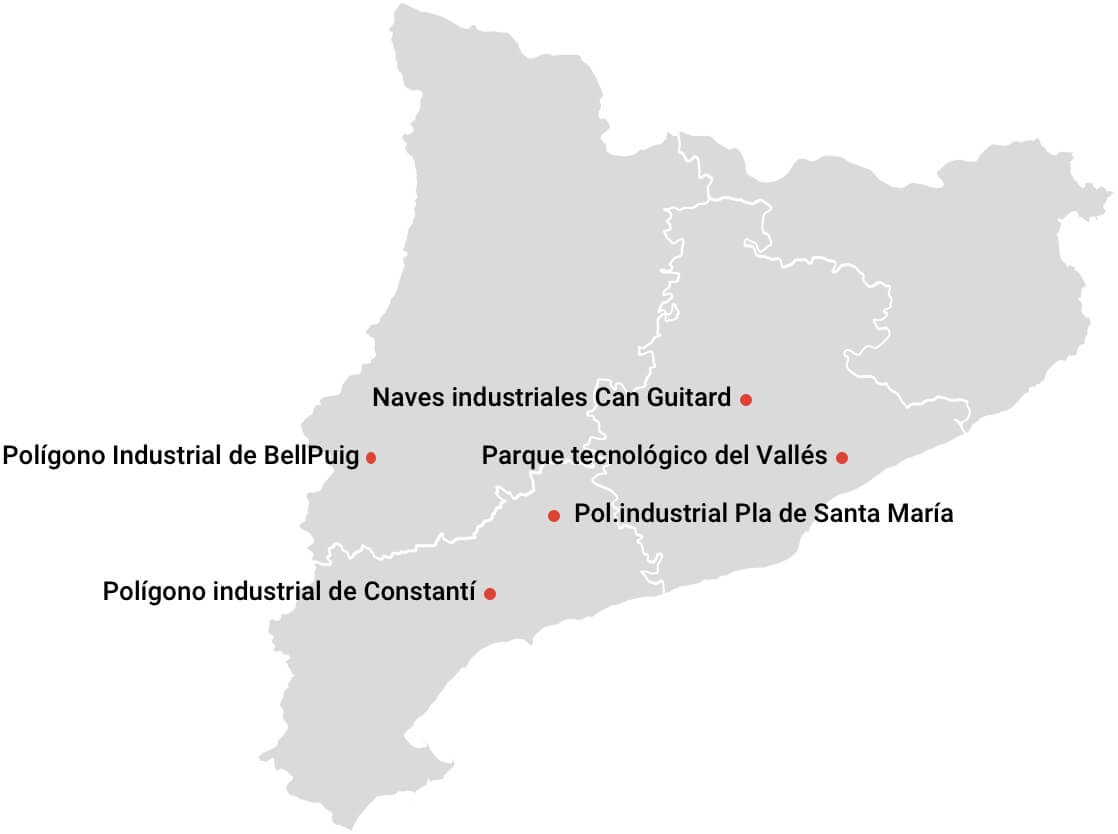 We play an important role in the promotion of Barcelona’s real estate and are proud to have contributed buildings that drive research and development to the city and its surroundings.

These are buildings wholly managed by us. Specifically, we manage the commercial aspect by leasing offices as well as the overall maintenance of the buildings. 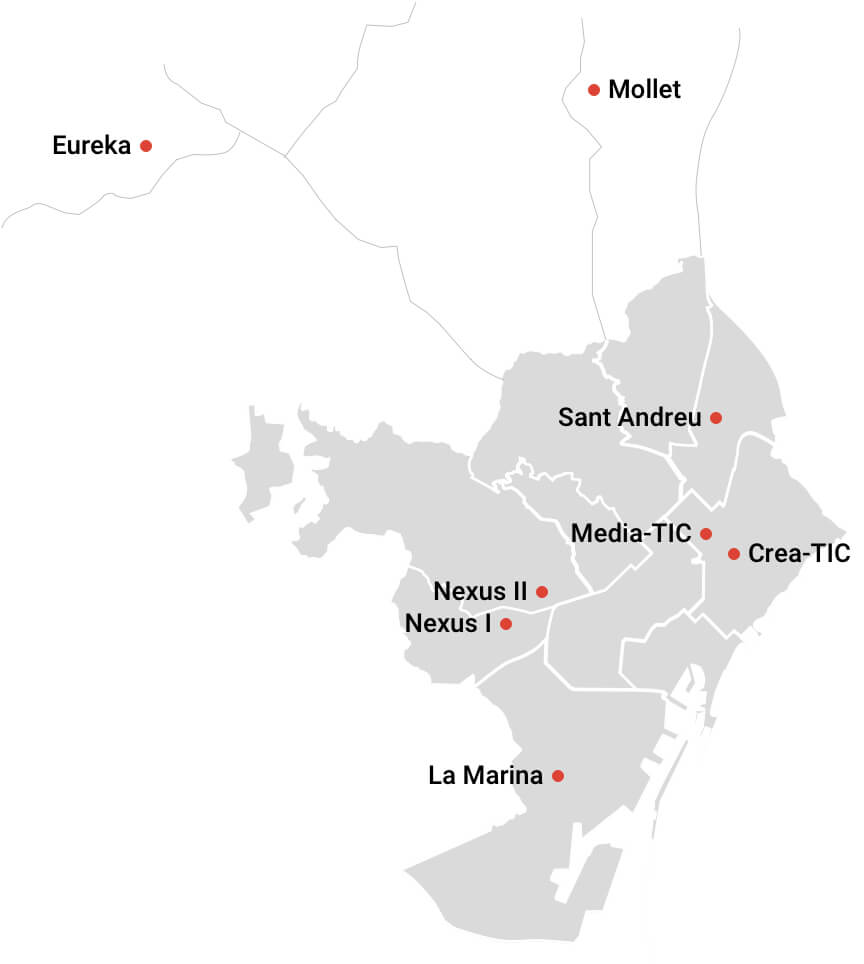 As well as urban buildings, Zona Franca also manages Service Centres that facilitate tertiary activities in industrial areas. These are buildings with management shared between the Zona Franca and public bodies.

For two decades, we have organised the leading trade fairs for the property, logistics and business sectors in Spain and the Mediterranean, which has provided us with specific event know-how in addition to raising the international profile of Barcelona, Catalonia and Spain

Barcelona acted as the business hub for international logistics with the organisation of a historic summit for the trade and logistics sector, with various events held simultaneously. In autumn, once again it hosted the unmissable date in the Spanish property calendar, Barcelona Meeting Point.

Shares in companies and institutions

The Barcelona Zona Franca Consortium plays an active role in various projects that aim to boost Barcelona’s business capacity and make it ever more competitive.

The rich fabric of Barcelona’s civil society is made up of numerous institutions, foundations and associations in which the Consortium plays an active role via their various governing bodies. Notable examples include: