The event, which brought together hundreds of leaders from the main world free zones, along with decision-makers of international trade, addressed the paradigm shift that globalisation and digitalisation are causing in production and trade processes around the world

All the authorities highlighted the importance of Barcelona hosting an event of this nature, belonging to a highly relevant economic sector, that of the free zones, which generates a third of international trade and provides some 70 million jobs worldwide.

THE LEADERSHIP AND INNOVATION CONFERENCE

After a first day dedicated to leadership seminars, with the participation of senior executives from the world’s free zones, over the following two days several debating sessions were held with international experts in the sector, from both professional and academic fields.
Under the motto “Free Zone 4.0 Meets Economy 4.0”, logistics 4.0, ecommerce 4.0, e-learning 4.0, data 4.0, transparency 4.0 and economy 4.0 were all addressed. 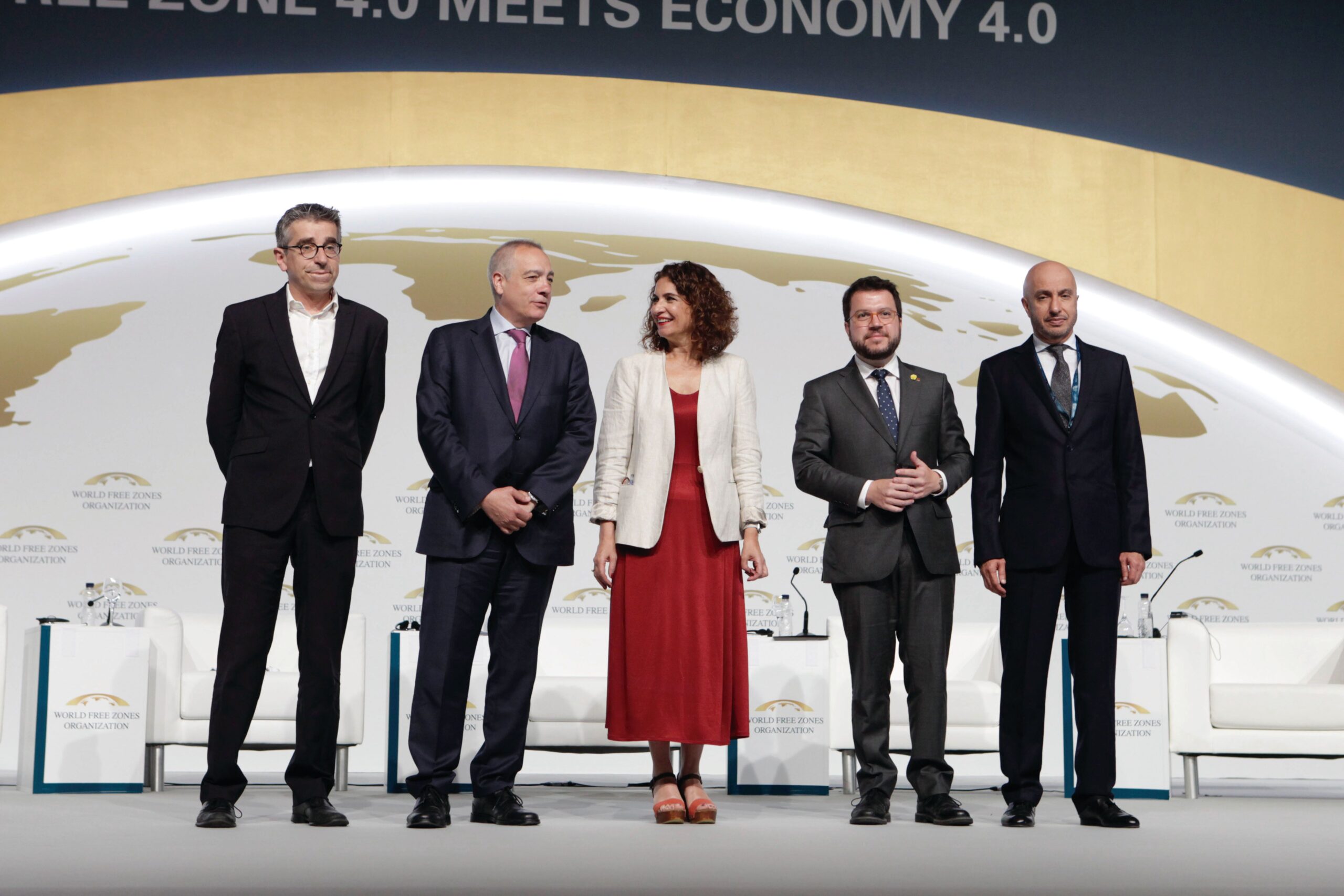 The congress marked a clear defence of the progressive transformation of free zones into innovative hubs in the face of globalisation and the digitalisation of international trade.
The idea that was widely supported by the agents of the sector was that free zones promote economic activity in their territories and evolve beyond their traditional role as import and export environments that are not subject to customs tariffs.

In addition, it was emphatically stated that the free zones and other industrial areas must commit to the sustainability of the planet and play an increasingly proactive role in cities through a more human and ecological urban development.